How to improve your life with simple meditation practices

How to improve your life with simple meditation practices

A very important part of what we share with our guests when they join us for a Yoga Retreat in Sintra, is meditation. Many have already practiced it and are familiar with it while others have never tried it before until they join our programs. As we learned from our spiritual teacher Tony Samara, we share simple exercises that can be very profound when practiced regularly.

In spiritual experience, transcendence is a state of being that has overcome the limitations of physical existence and, by some definitions, has also become independent of it. Self-development (a more popular term in modern psychology) allows for many transcendent experiences that are in themselves healing, as when the self is free to move beyond self-created limitations, a new healing sense of freedom is experienced in body, mind and emotions. This is typically manifested in meditation and paranormal “visions” and dreams. Please see below for an interesting scientific article that highlights the healing benefits of meditation, specifically in the part of the brain involved in learning and memory, emotion regulation, sense of self, and perspective taking.

“Magnetic resonance images (MRI scans) of everyone’s brains were taken before and after they completed a meditation training, and a control group of people who didn’t do any meditation training also had their brains scanned. After completing the meditation course, all participants reported significant improvement in measures of mindfulness, such as “acting with awareness” and “non-judging.”

What was startling was that the MRI scans showed that mindfulness groups increased grey matter concentration within the left hippocampus, the posterior cingulate cortex, the Temporoparietal Junction, and the cerebellum. Brain regions involved in learning and memory, emotion regulation, sense of self, and perspective taking!”

MIT and Harvard neuroscientists explain why the practice helps tune out distractions and relieve pain.

Studies have shown that meditating regularly can help relieve symptoms in people who suffer from chronic pain, but the neural mechanisms underlying the relief were unclear. Now, MIT and Harvard researchers have found a possible explanation for this phenomenon.

In a study published online on the 21st April 2011 in the journal Brain Research Bulletin, the researchers found that people trained to meditate over an eight-week period were better able to control a specific type of brain waves called alpha rhythms.

“These activity patterns are thought to minimize distractions, to diminish the likelihood stimuli will grab your attention,” says Christopher Moore, an MIT neuroscientist and senior author of the paper. “Our data indicate that meditation training makes you better at focusing, in part by allowing you to better regulate how things that arise will impact you.”

There are several different types of brain waves that help regulate the flow of information between brain cells, similar to the way that radio stations broadcast at specific frequencies. Alpha waves, the focus of this study, flow through cells in the brain’s cortex, where sensory information is processed. The alpha waves help suppress irrelevant or distracting sensory information.

A 1966 study showed that a group of Buddhist monks who meditated regularly had elevated alpha rhythms across their brains. In the new study, the researchers focused on the waves’ role in a specific part of the brain — cells of the sensory cortex that process tactile information from the hands and feet.

For this study, the researchers recruited 12 subjects who had never meditated before. Half of the participants were trained in a technique called mindfulness-based stress reduction (MBSR) over an eight-week period, while the other half were told not to meditate.

The MBSR program calls for participants to meditate for 45 minutes per day, after an initial two-and-a-half-hour training session. The subjects listen to a CD recording that guides them through the sessions.

The first two weeks are devoted to learning to pay close attention to body sensations. “They’re really learning to maintain and control their attention during the early part of the course. For example, they learn to focus sustained attention to the sensations of the breath; they also learn to engage and focus on body sensations in a specific area, such as the bottom of the feet, and then they practice disengaging and shifting the focus to another body area,” says Catherine Kerr, an instructor at Harvard Medical School and lead author of the paper.

The researchers did brain scans of the subjects before the study began, three weeks into it, and at the end of eight weeks. At eight weeks, the subjects who had been trained in meditation showed larger changes in the size (amplitude) of their alpha waves when asked to pay attention to a certain body part — for example, “left foot.” These changes in wave size also occurred more rapidly in the meditators.

The study is a “beautiful demonstration” of the effects of meditation training, and of the ability to cultivate an internal awareness of one’s own bodily sensations, says Clifford Saron, associate research scientist at the Center for Mind and Brain at the University of California at Davis, who was not involved in the research.

Subjects in this study did not suffer from chronic pain, but the findings suggest that in pain sufferers who meditate, the beneficial effects may come from an ability to essentially turn down the volume on pain signals. “They learn to be aware of where their attention is focused and not get stuck on the painful area,” Kerr says.

The subjects trained in meditation also reported that they felt less stress than the non-meditators. “Their objective condition might not have changed, but they’re not as reactive to their situation,” Kerr says. “They’re more able to handle stress.”

The researchers are now planning follow-up studies in patients who suffer from chronic pain as well as cancer patients, who have also been shown to benefit from meditation.

The following short meditations can easily be done by anyone who is interested in enjoying greater balance, peace, clarity of mind and happiness. These simple meditations give you the power to profoundly affect your mental and physical state directly and quickly – leading to mastery of your self.

Sitting in a comfortable position on a cushion or in a chair, take a few gentle deep breaths to allow your body to become more relaxed. Now, using the finger and thumb of one hand we are going to alternate the breath through each nostril.

Keeping the same nostril closed, breathe in gently again through the right and then change to breathe out through the left. Continue with this pattern for as long as you wish.

This meditation is a very direct way of bringing yourself back to a balanced state. If your mind is busy and overactive, or if your body is feeling tired and sluggish this meditation will quickly bring you back to a state of calm alertness; a balanced centre point between activity and rest.

This simple yet powerful meditation is in three stages, and affects the pituitary, thyroid, and thymus glands respectively.

Again sitting comfortably on a chair or on a cushion, take a few gentle deep breaths to relax your body. Now allow your upper body to slowly begin swaying in a clockwise direction, whilst simultaneously pressing the tip of your tongue to the roof of your mouth. Do this for 2 or 3 minutes. This stimulates the pituitary gland.

Next, whilst still sitting upright, slowly tip your head forward until your chin is nearly touching your chest. Hold this position for a few seconds and then begin moving your head backwards, as far as is comfortable, so you are looking up at the sky and hold this position for a few seconds. Next, bring your head back to an upright position and slowly tip your head sideways as far as is comfortable, first to the left and then the right, holding for a few seconds in each position. Repeat this pattern once more. This stimulates the thyroid gland in the throat area.

Finally, begin to gently tap the area in the centre of your chest, 2 inches above where the centre of the rib cage ends. Do this for 1 or 2 minutes. This stimulates the thymus gland.

This meditation encourages the activity of these three crucial glands in our body which release the hormones that control: happiness, metabolism and growth, and the immune system.

Take some time. Treat yourself. You deserve it.

Book a treatment this month and receive a 25% on all further treatments. 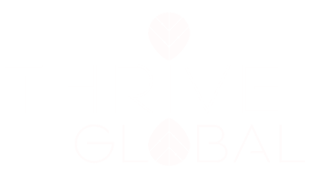